Home » Reviews » The Buddha in the Attic, Julie Otsuka REVIEW

The Buddha in the Attic, Julie Otsuka REVIEW 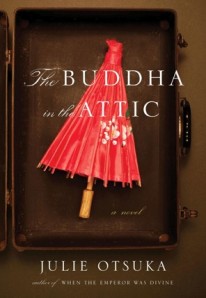 Title: The Buddha in the Attic

“A girl must blend into a room: she must be present without appearing to exist” (Kindle loc. 77)

“By day we worked the orchards and fields but every night, while we slept, we returned home.” (loc. 340)

“Because the only way to resist, our husbands have taught us, is by not resisting.” (loc. 607)

Wonderful! I love the way it was told in first person plural.  It was like sitting around a group of woman drinking tea and listening to all of them tell their story- all at once.  It felt like a conversation.  There was no real storyline, just the life of Japanese immigrants, their struggles, their ways of coping with homesickness, and how they tried to assimilate and understand American culture.  Very informative and quick read.  It kind of felt like something you would read for a college course, but the kind of assignment you end up enjoying.

Some of the women mention wearing lead face powder, so I went looking around the Internet for information.  I found a page on The cultural history of cosmetics in Japan.  Lead- based face powder was first created by a Buddhist priest in 692 and became popular first among the royal families and then among urban dwellers.  Women wore face powder, plucked and painted their eyebrows, and blackened their teeth, known as ohaguro. 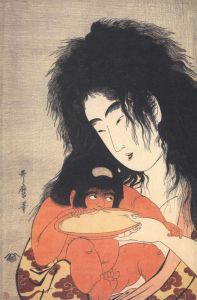 Ohaguro was a rite of passage for females.  A woman would blacken her teeth either soon before or after their wedding.  They also shaved their eyebrows after their first child was born.  Both practices were outlawed in 1870, during the Meiji period.