Posted by lasesana on January 29, 2013 in Communities @ The Washington Times | 4 Comments

From my column in Communities @ Washington Times:

WASHINGTON DC, January 25, 2013- Starting a new hobby can be a good way of breaking with the day-to-day routine, learning a new skill, and interacting with like-minded individuals.  Today, especially with the help of the Internet, strange and unusual hobbies abound.  Here is a list of my favorites:

Guerrilla gardening consists of working on land that the gardener does not have a legal right to use.  It usually takes place on spaces that are abandoned or neglected by their owners.  Guerrilla gardeners do so for a variety of reasons, form the overenthusiastic rose-planter who just can’t help herself, to the political activist who does it to convey a message.  While I don’t advocate taking over somebody else’s land, I joined my neighbor Steve last fall in pulling weeds from around our local dog park, as the city had neglected it for months.  Interested? There are several guerrilla gardening organizations listed at GuerrillaGardening.org.

Believe it or not, this hobby is popular enough to have its own virtual museum. Basically, travelers collect, sell, trade, and discuss the different types of airsick bags, from the antique to the rare limited-issues.   They are displayed in alphabetical order and list their “approximate vintage” and the name of the donor, swapper, or seller.  Sadly, I got stuck viewing bags for over 20 minutes.  Does that say something about me? 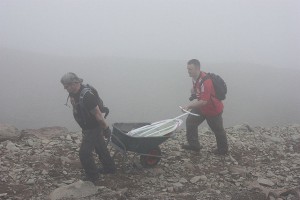 Yes, it’s a competitive sport, also known as EI.  Extreme ironing consists of ironing clothing in different, usually extreme, situations like while rock climbing, surfing, on a kayak…  The world of EI is quite fascinating, with participants from around the world and several International EI competitions that have given rise to stories of triumph and bitter rivalries.  EI was the subject of Extreme Ironing: Pressing for Victory, a UK documentary following the British team’s participation in the 1st Extreme Ironing World Championships in Germany. 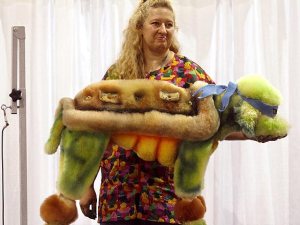 Ever want to turn your Saint Bernard into a tiger?  Your Bichon into a panda?  How about a Ninja Turtle?  This one actually requires a little skill and some artistic vision.  Professional groomers compete by clipping, dyeing, and combing dogs into the craziest animals, objects, and characters.  This hobby/career is one that has to be seen to really be appreciated. 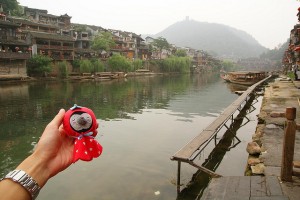 This is one I may take up.  Do you have a toy that needs a vacation?  Well, by registering at ToyVoyagers.com, you can find your toy a host from around the world, or offer to host someone else’s toy.  What?  Why did it take me so long to discover this site?  So basically, you register on the site, get a toy voyager ID, create a travelog and profile for your traveling toy, and send it packing!  You can also include Life Missions for your toy, where you tell potential hosts what your toy wants to do while visiting.  Hosts and owners update the travelog and add pictures.  I love this idea. 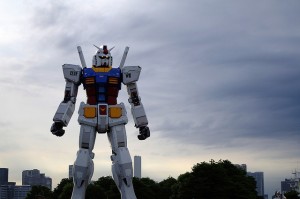 Want to do something really productive?  Build a robot.  There are innumerable kinds of robots that you can build, with the right know-how.  For beginners, there is Robot Building for Beginners by David Cook, already on its second edition.  Once you’ve mastered the basic principles, you can build a robot to fetch things from the fridge, find the remote, call your mom…  If you really get good, you can pin your robot against other robot-builders’ creations at Robot Wars. 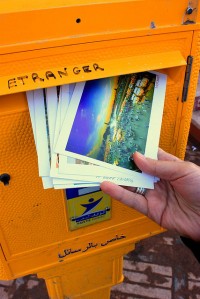 Postcrossing is a relatively safe way to receive real (not electronic) postcards from around the world.  With almost 375,000 members from 213 countries, this is a sure-fire way to jump-start a postcard collection.  To start postcrossing with people from around the world, sign up free at the website, to receive an address and Postcard ID.  You then mail a postcard to the address and wait for someone to mail one to you.  Once you receive a postcard, you register its Postcard ID to receive another address and another postcard.

Consisting of appearing as a bystander in the background of television shows, this is probably the most difficult of all the hobbies listed.   Very few have the resolve, planning skills, and perfect star-alignment to call this a hobby and not a mere pipe dream.  There has only been one truly great newsraider, Paul Yarrow, from the UK.  He has appeared in the background of broadcasts by the BBC, Sky, Channel 4, ITV, and al-Jazeera.  Think you have what it takes to give Mr. Yarrow a run for his money?

Even though mainly used to describe the study of bells, campanology also refers to the hobby of ringing church bells.  More popular in Europe for obvious reasons, campanology is often picked up at a young age and done throughout life.  There is quite a bit of technique involved in ringing church bells, and the hobby is often a very social one, despite Quasimodo’s unfortunate experience.  To top it all off, campanology is apparently a great core workout that also improves agility and coordination while providing low-impact cardio, according to a recent BBC report.

Originating in Japan and having close ties to anime, comic-cons, and video games, cosplay consists of wearing costumes to portray a character or idea in a type of performance art that takes place anywhere but a stage.  In other words, you get a bunch of your friends, dress up as the characters in your favorite TV show, and go out on the town or to a comic book convention.  This sounds like a lot of fun, but there’s way too much planning and coordination involved.  My friends would never be able to decide on a theme…Cosplayers take and share photographs of themselves in costume, attend conventions, and take part in competitions.

Do you have a strange or unusual hobby?  Share below!

See more of my articles from WTC