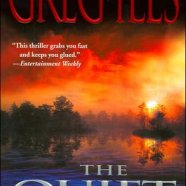 Time slows down in Mississippi: The Quiet Game, Greg Iles 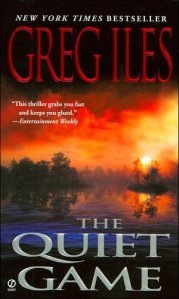 This book was perfect for my Mysterious USA book challenge; it made me want to visit Natchez.

At first, The Quiet Game

seems like a generic lawyer-turns-writer courtroom drama, but it is much better than most. Penn Cage is a Natchez native who practiced law in Houston and then turned to novel writing. After the death of his wife, Cage decides to take some time off with his young daughter in Natchez, where his parents live and his father still practices medicine.

Cage soon finds himself immersed in a decades-old civil rights case that threatens the entire city and puts his family in danger. Fast-paced and well written, The Quiet Game paints an interesting picture of Mississippi and Natchez in particular, from the beauty of the antebellum houses and steamboats on the Mississippi River, to its rich culture, to the darker reality of long-held convictions about race and social justice.

In writing a mystery novel set in Mississippi, Iles did not sidestep discussing race, but tackles it head-on, making it a central issue in the novel, as Cage is investigating an apparently unsolved civil rights murder from 1968. Iles then goes a step further, taking a local problem and tying it to a national discussion on race, both in 1968 and in 1999 when the book was published. The racial theme is even relevant today, when it is more apparent than ever that race issues in the US remain divisive.

I was completely drawn in by Iles’ description of Natchez and the river.

“somewhere to our left, beyond the lush forest, rolls the great brown river. I cannot smell it yet, but I feel it, a subtle disturbance in the earth’s magnetic field, a fluid force that shapes the surrounding land and souls. I roll down the window and suck in the life smell of hardwood forest, creek water, kudzu, bush-hogged wildflowers, and baking earth.”

I found the romantic side of the story a little forced, but it was ok. I really liked, however, Iles’ little commentary on the massacre of the English language and how even some congressmen say nucular war.

I also loved the portrayal of Natchez society, the drinking, carrying guns (or pistols) in purses and on ankle holsters to cocktail parties, the guys that never got over the emotional age of 15. Among many social customs portrayed in the novel, Iles describes a black funeral and its particular traditions.

Through the lens of a city in Mississippi that feels like a small town, Iles draws an accurate picture of all cities that feel like small towns.

Iles also makes fun of himself and admits to using dues ex machina to resolve the plot, but it works well and doesn’t leave the reader unsatisfied.

Go back to Reviews