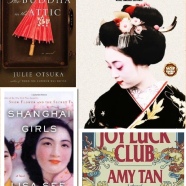 I absolutely love reading about Asian history and culture. However, I find that stories written by men and women—like in every other culture—are extremely different. I find that one of the things that books written by Asian women have in common is the strength of their voice.

1. The Buddha in the Attic, Julie Otsuka

Magnificently written, The Buddha in the Attic

traces the lives of Japanese “pictures wives.” Written in first person plural to capture the collective experience of these women, Otsuka follows their lives as they set out by boat from early 20th century Japan to San Francisco, on their way to marry men they had never met. The novel carries the reader through the difficult life of Japanese immigrants, their homesickness, the challenges of raising children who do not understand their culture, and the ravages of World War II.

Snow Flower and the Secret Fan

takes place in China’s remote Hunan county in the 19th century. It is a touching story of a lifelong friendship between two girls, capturing the depth and beauty of a relationship that grows and evolves as Lily and Snow Flower do. In her insightful period piece Lisa See describes the often secret lives of Chinese women, giving a colorful explanation of nu shu, the secret language developed by Chinese women to communicate as well as a painfully detailed account of the experience of foot binding. 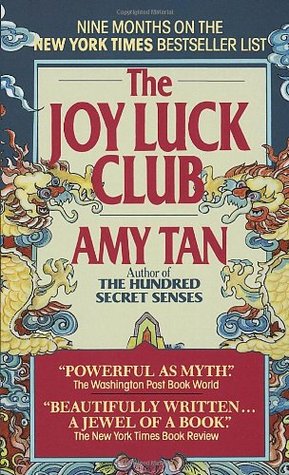 Describing the lives of four mothers and their four daughters, Amy Tan’s The Joy Luck Club

portrays the life of Chinese immigrants and many first-generation Chinese Americans. Even though the book has been criticized for getting a lot of the history and facts wrong, for me, as for many other people in my generation, this novel was the first I read with a strong female Asian voice (or many of them), and it inspired me to learn more about Chinese and Asian culture in general. If you can separate it from the hype, it is still an engrossing read.

Mineko Iwasaki was Japan’s most famous Geiko until her widely publicized retirement in at the age of 29 in 1978. Arthur Golding’s 1997 Memoirs of a Geisha is based on Golding’s interviews of Iwasaki and several other geisha. However, Iwasaki claimed that Golding included information that Iwasaki believed was confidential and had twisted what she had said to suit his male, western concept of what a geisha should be. Iwasaki later settled with Golding for alleged parallelism between the novel and her life, and released this autobiography in 2002. In the UK, the novel was released as Geisha of Gion.