Home » Reviews » A good editor is hard to find in New Hampshire: Before and After, Rosellen Brown 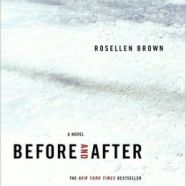 A good editor is hard to find in New Hampshire: Before and After, Rosellen Brown 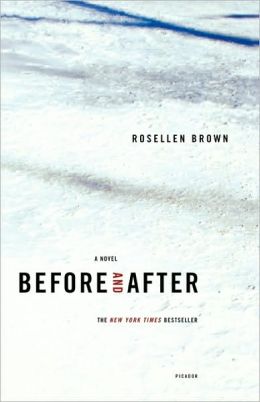 This is another review I was writing in my head since the 10th page. I read it on Kindle and I can honestly say that I have never read such a poorly, carelessly edited book in my entire life. There was an error at least every two pages, with “doc” instead of “doe,” “Media” instead of “Medea,” “I Iowe” instead on “Howe,” there are literally hundreds. There are also hundreds of misplaced commas, periods and other punctuation marks.

The editing was so horrible I don’t know what I really think of the book. I know I absolutely HATED reading it and even if I get access to a better copy, there is no way I’m reading it again. Which makes me feel horrible for the author, but I had to stop so many times to figure out if I was just confused, of if it was just another typo… It completely broke up the flow and left me feeling incredibly hostile towards anything having to do with the book. The editor in charge of this book should be ashamed—and fired on the spot.

As far as what I was able to get from the book, it gave me a pretty negative view of New Hampshire. My stepfather is from NH, and despite never having actually been there, I am pretty familiar with its people and customs, and I find them to be different from what was portrayed in the novel.

All in all, the book shows a vision of New Hampshire as a predominantly white, protestant state where nobody is very different and extremely hostile to anyone who is. The main characters felt weird and didn’t fit in because they were Jewish. Despite being white and middle class like all the other characters, their one difference made them feel like they were not part of the town and somehow different. They thought the town turned on them because of it.

However, for all their feeling marginalized for being “different,” the descriptions of other minorities in the book were pretty insensitive. The scenes with the Latin cleaning lady at their friends’ house were positively cringe-inducing by their oblivious racism. The depiction of Panos, the Greek attorney wasn’t much better. This was a double-whammy for me, since I am Colombian, AND married to a Greek.

I thought the novel’s treatment of the killer son and the different reaction by their parents was done much better in We Need to Talk About Kevin. Superbly edited, by the way.

While the book talked about the snow and beauty of the New Hampshire wilderness, there was an undercurrent of loathing for the small-town, tribal mentality.

However, I think that, maybe unwittingly, the author makes the reader question why this town turned so quickly on this family and backed the other. In my opinion, they were simply not very likeable people, whining about how nobody understood their differences, while at the same time being completely racist toward the Greek and the Latina. Even Carolyne, the holier-than-thou pediatrician, was ultimately an unlikeable character, self-absorbed and as narrow-minded as her husband.

I don’t know if I disliked this book so much because of its horrible representation of minorities, or simply the ghastly editing. Either way, not a winner for me.

Know of a better New Hampshire mystery? I’d love to hear from you!