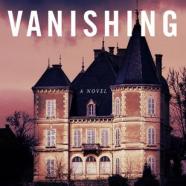 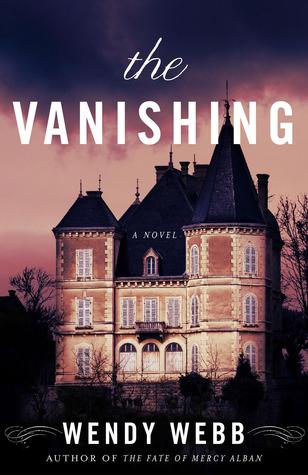 Julia Bishop has recently lost her husband, her friends, and her entire life. The “Bernie Madoff of the Midwest,” her husband had swindled hundreds out of their life savings before killing himself once his scheme was discovered. Hounded by the media and reviled by former loved ones, Julia feels imprisoned in her home, as the media has permanently camped out on her doorstep.

Julia feels relieved when a stranger offers her a chance at a brand new life.

When she arrives in Havenwood, a huge estate in the middle of the wilderness on the Great Lakes, Julia feels like she won the lottery. She has been hired as a companion for the famous horror novelist and her idol, Amaris Sinclair, who the world believed had died a decade before.

Amaris’ son, Adrian, has offered Julia a way to disappear for a time into the remote wilderness of Minnesota, promising her a new life and a new identity after she is ready to return to the outside world.

The imposing old house and its inhabitants enchant Julia at first. Amaris Sinclair is charming and eccentric, and there’s a hunky Scottish heir-turned-stableman that Julia falls madly in love with upon arrival. Havenwood has a library filled with first editions and servants to cater to Julia’s every need.

However, things take a turn when Julia’s house in Chicago suspiciously burns down and she is believed dead by the rest of the world. She soon realizes that the grand old house may be a worse prison than the one she had left behind.

More of a thriller than a mystery, this book was very entertaining and easy to read. The writer says that this was her intention—to entertain, not answer the mysteries of life—and she does it beautifully in The Vanishing. For what it was, Webb’s novel was a good, pleasurable read.

The description of Minnesota and its wilderness was perfect for the Mysteries from Every State Reading Challenge, as the setting plays a large part in the plot of the novel. The brutal Minnesota winter with blizzards and feet of snow, as well as the threat of bears and other dangers, add to the spooky feel of the huge house in the middle of nowhere. The harsh elements and abundant wildlife also communicates a feeling that Havenwood is pretty much inescapable.

Built by a Scottish heir a century ago, Havenwood’s history also alludes to the logging, hunting and fur trapping that also make up an important part of the history and culture of Minnesota.

All in all, an enjoyable, amusing read.

← Launch of Arbiter News, Best of the Week, Call for Contributors Venezuela in Crisis: a Brief Summary of WHO, WHAT and WHY →