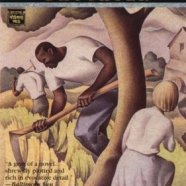 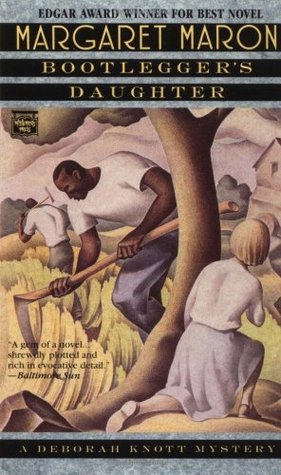 Bootlegger’s Daughter was exactly what I expected it to be and perfect for this challenge. Maron’s fictional Colleton County is what the author believes small-town North Carolina to be, and with it, she paints a picture of the state, its people, its culture, and its values.

In her first novel of the series and 1993 Edgar Winner, Maron introduces Deborah Knott, a thirty-something attorney who knows everyone and is known by everyone in the little North Carolina farming town. An unusual character, Deborah is the only girl in a family of several brothers and loves to fish and carries a gun in the trunk of her car.

Deborah seems content with her life as an attorney, if not thrilled that she’s single. She is running for district judge and everything appears to be going well for her until Gayle Whitehead asks her to help her look into her mother’s murder 18 years ago.

Deborah is the somewhat reticent sleuth that is gradually drawn in by the secrets she uncovers surrounding Janie Whitehead’s death and the people around her. The plot is well-constructed and I didn’t figure it out until the killer was revealed at the end, but what really shines is Maron’s portrayal of life in small-town North Carolina.

As this challenge progresses, there are definitely patterns emerging, and this novel is part of the southern novels that reflect a culture that centers around society, family, friends, and celebration. Alcohol and drinking plays a large role in the book, as it did in Midnight in the Garden of Good and Evil, The Quiet Game, and New Orleans Mourning. There is also a general acceptance and indulgence of quirky and even somewhat criminal personalities in all four books.

I loved the description of the pickin’ and the dancing at both parties described in the book. I also liked the descriptions of family, and how close the Knott family was despite their differences.

Like all the other books set in the southern U.S., this book also dealt with race. However, sexual orientation, not race, ends up being a stronger theme in the novel. I was actually surprised at how some of the more subtle descriptions of homosexuality and reactions to t mirror many of the conversations surrounding sexual orientation today.

All in all, an entertaining read and a great description of North Carolina.

Go back to the Mysteries from Every State Reading Challenge

← Best of Arbiter News In Biker Shorts in New Jersey: One for the Money, Janet Evanovich →