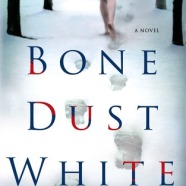 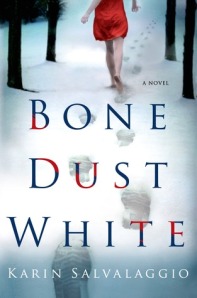 Karin Salvalaggio’s mystery set in the small town of Collier, Montana starts off with an incessant knock on the door one snowy morning. Grace is too terrified to open the door, but manages to catch a glimpse of a woman walking around in the snow outside. When she finally musters the courage to open the door and then leave the house, Grace finds the woman dead on the trail behind her house. She recognized the dead woman as her mother, who Grace has not seen since she was a child.

Helena-based detective Macy Greeley is assigned to the case. As the book progresses, the readers learns about both women’s lives. Grace is a troubled 18-year-old, abandoned by her mother at a young age and suffering from a severe life-long ailment. Detective Greeley is a pregnant, single mother to-be with man and professional troubles.

Collier, Grace’s hometown and where detective Greely had worked a case years before, is a typical small town, filled with secrets and intrigue, where nothing is what it seems at first glance.

For some reason, I just couldn’t get into this book. I found it difficult to empathize with the characters, and found Grace a little unnerving. While the theme of the secretive small town is universal, there was little in the book that made this particular story stand out from the rest or make it memorable. I felt like the book could have been set anywhere, and other than the cold and the fact that it has a border with Canada, it didn’t really give me a feel for the state of Montana.

What I did find redeeming about Salvaggio’s novel, however, was that besides showing that all small towns are a tangle of secrets, it shows an even darker side of small-town America: the proliferation of meth labs and the poverty and crime that they bring with them, triggering the demise of many small communities.

Go back to Reviews

← Nothing is What it Seems in Massachusetts: Shutter Island, Dennis Lehane Timeless Chicago: The Shining Girls, Lauren Beukes →