Home » Communities @ The Washington Times » Maggots, rodent hair and worse in your food 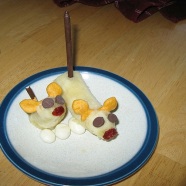 Maggots, rodent hair and worse in your food

Posted by lasesana on February 16, 2013 in Communities @ The Washington Times | 16 Comments

FDA’s Defect Action Levels and what they mean to the consumer. 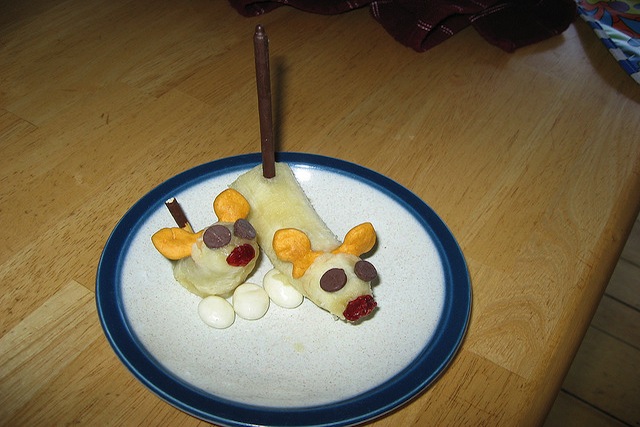 From my column at Communities @ Washington Times

Even though I like to think of myself as an adventurous diner, there are certain things that I refuse to eat- rat hair and cockroach feces spring to mind.  No, this was not on an episode of “Bizarre Foods.”  The truth is that we all may be chewing on rodent excrement and worse without even knowing it.

Certain natural contaminants in our food are to be expected.  “[I]t is economically impractical to grow, harvest, or process raw products that are totally free of non-hazardous, naturally occurring, unavoidable defects,” according to FDA.  For this reason, FDA allows a certain amount of “extraneous materials” to contaminate food before it takes action.  The level of contamination at which FDA will take action is referred to as a defect action level.

The FDA’s Defect Levels Handbook (Handbook),  which details what kind and level of contaminants allowed, defines extraneous materials as “objectionable matter contributed by insects, rodents, and birds; decomposed material; and miscellaneous matter such as sand, soil, glass, rust, or other foreign substances.”

The Handbook lists the food, the kind of contaminant, the source of the contaminant, the maximum amount of contaminant allowed before FDA takes action, and the significance.  “Significance” refers to the impact to the consumer, which can be aesthetic, tooth/mouth injury, economic adulteration, or potential health hazard.  This last classification seems misleading, since aren’t defect action levels established only for “harmless” substances?

What is not misleading is the amount of disgusting stuff allowed in food.  For instance, ground cinnamon may contain 11 rodent hairs per 50 grams, orange juice may contain one maggot per 250 ml, and most spices like oregano and black pepper may contain between one and three milligrams of mammalian feces per pound.  Fresh water herring may contain up to 60 parasitic cysts per 100 fish, hops in your beer may contain up to 2,500 aphids per 10 grams, and dried pasta may contain up to 4.5 rodent hairs and 225 insect fragments per 225 grams- that’s one insect part per gram of pasta! For a complete list, visit the Handbook.

What are the alternatives?

There are few alternatives, however.  Using more pesticides and chemicals could remove a lot of the insect, rodent, and other natural contaminants from foods.  However, FDA argues that it is more reasonable to accept a certain amount of natural defects in food rather than using more pesticides and chemicals to eliminate them.  According to FDA, the dangers of using more chemicals and pesticides outweigh having a bit of rat poop in your oregano.   I guess I agree to an extent.  While the thought of eating a maggot with my canned corn turns my stomach, I guess I’d rather eat a maggot than have the corn sprayed with (more) chemicals.

Another alternative is staying away from these foods altogether, but is that possible or even economically realistic?  Sure, you could make your own peanut butter, and while you may be able to eliminate the allowable rodent hairs and grit, 5% of the whole peanuts you are using can still be insect-infested, moldy or rancid.  On top of that, who has the time to make peanut butter, shell their own corn, clean mushrooms, can tomatoes, etc.?

Staying away from foods that may be infested will also make your food pretty bland, since insects love to live, poop, and die in most kinds of spices.  Say goodbye to pepper, cinnamon, ginger, nutmeg, and every dried herb you can think of.

There are two ways of looking at this issue.  On one hand, many people think that since FDA has established these standards, there is someone making sure that they are complied with.  The reality is that FDA does not have the staff or budget to effectively monitor our food supply, and in practice, FDA inspects the facilities where the food is processed and packaged rather than the food itself.  However, unless there is a complaint, factories and processers do not get inspected all that often.  Some studies suggest that over half of all US food processing facilities have operated for five or more years without an FDA inspection.

On the other hand, according to FDA, “The defect levels do no represent an average of the defects that occur in any of the products–the averages are actually much lower.”  It is, however, unclear what those averages actually are.

As things stand, there are action levels, but nobody really checks whether they are being enforced.  However, FDA assures us that this is not really a problem because the average, say, can of asparagus, will have less maggots than would require FDA action.  Great, I feel reassured…