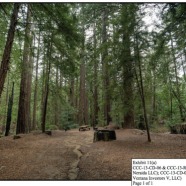 Posted by lasesana on June 10, 2013 in Communities @ The Washington Times | 1 Comment

WASHINGTON, June 10, 2013 – Facebook cofounder Sean Parker made a lot of enemies earlier this month for spending a reported $10 million for what many are calling the trashing of a redwood forest in Big Sur, California.  After an investigation by the California Coastal Commission (CCC) and criticism in the media, Parker fired back.

With attendees like California Lieutenant Governor Gavin Newsom and state Attorney General Kamala Harris, Parker’s wedding is symbolic of the power and extravagance of Silicon Valley.

← 10 ways to motivate to go to the gym Reconstructing Amelia, Kimberly McCreight →