Big Brother 15: Do we need to have a talk about the open racism?

WASHINGTON, July 18, 2013 – The racist, homophobic, and sexist atmosphere in CBS’s “Big Brother” house this season has led to two cast members losing their jobs. Even though the cast members are unaware of the general focus on race in the past week, their words and actions may be indicative of a conversation we all […]

WASHINGTON, June 10, 2013 – Facebook cofounder Sean Parker made a lot of enemies earlier this month for spending a reported $10 million for what many are calling the trashing of a redwood forest in Big Sur, California.  After an investigation by the California Coastal Commission (CCC) and criticism in the media, Parker fired back. With […] 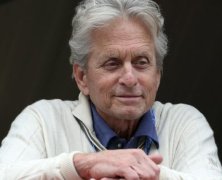 WASHINGTON, June 4, 2013 – In an interview last week, Michael Douglas stated that genital human papillomavirus (HPV) transmitted through oral sex resulted in his 2010 throat cancer diagnosis. Douglas’ spokespeople later denied the statement but it did raise the question: can you get throat cancer from oral sex? Read more: http://communities.washingtontimes.com/neighborhood/world-our-backyard/2013/jun/4/michael-douglas-hpv-oral-sex-and-throat-cancer/#ixzz2VLpGbQHF