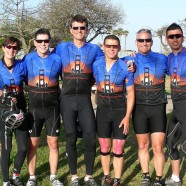 Posted by lasesana on January 22, 2014 in Cycling, Guest Posts | Leave a comment 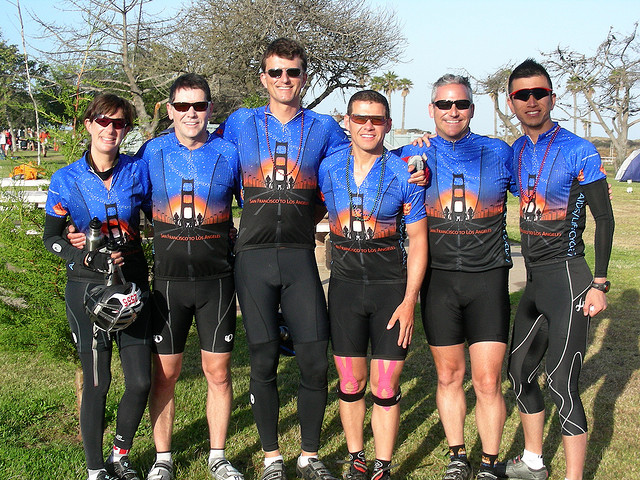 One of the best things about cycling is the feeling of camaraderie that develops with other cyclists. Passing on the road, you look at each other and nod; you’re part of a club now, familiar with the same highlights and hassles of exploring your city on two wheels.

That sense of community extends outwards as well: in the spirit of “run for a cure” marathons, cyclists have gotten in on the action with “bike for a cure” events. Events both large and small have popped up across the United States, supporting causes from school fundraisers to cancer.

One of the most interesting awareness campaigns, though, is the fight against HIV/AIDS. Not only does the United States have its own official ride – the California-based AIDS/Lifecycle – but communities across the world are joining in, and one brave man is even cycling the world in an attempt to raise awareness.

AIDS/Lifecycle – Riding For a Cure

From San Francisco to Los Angeles, nearly 3,000 people rode 77 miles a day to raise money for HIV/AIDS support in California. With a minimum fundraising goal of $3,000, the total amount raised in 2013 was – drum roll please – a whopping $14.2 million.

It wasn’t just Californians getting in on the action, either; participants arrived from 44 states and 18 countries to do their part in supporting those afflicted with the disease.

On the road, participants camped out in tents, biked along scenic coastlines and through massive redwood forests, and even got a free massage along the way! It sounds like a great way to spend a week, and even better for the cause.

San Francisco and Los Angeles were ground zero locations during the rise of HIV/AIDS, and things are still dire for many residents, even with advances in medical technology. Drug addicts (due to sharing dirty needles and poor medical help) are still at the highest risk of infection, while African-American women are experiencing the greatest increase in new infections.

With large communities of at-risk groups in both San Francisco and Los Angeles, many of which are also impoverished, there’s no question that HIV is going to continue to be a major public health concern in both cities for years to come. While we all like to think that we’re making a difference in the world, by taking part in AIDS/Lifecycle, thousands of people can put act on those positive thoughts into action every year.

In most developing countries (and many developed Asian countries), the bicycle is a way of life – America, however, is way behind the times in this regard.

As people around the world turn to familiar objects and activities to raise awareness for their causes, bicycle rallies and awareness campaigns are gaining popularity. Last May, a Kenyan AIDS researcher cycled from Kisumu, Kenya to Mulanda, Uganda and back again; the goal was not only to raise awareness of the deadly problem of HIV/AIDS in these communities, but also to talk to people in rural areas about advances in treatment and prevention.

One of the best things about projects like this is the way they unite people in support of a cause- for instance, this ride was supported by the Kilimanjaro bike trail, an organization that maintains this gorgeous route and helps bring badly-needed income to towns along its path.

In India, bicycle rallies – like the 2012 Hindu Ride for AIDS Awareness – are a common way of raising both local and foreign understanding of the problems with HIV/AIDS in certain communities.

You’ve probably heard of Rick Hansen, the “man in motion” who took his wheelchair around the world. But have you heard of Somen Debnath?

This 29 year old cycling hero from India, has cycled over 58,000 miles through 72 countries beginning in 2004 when he was 20 years old, in an effort to raise AIDS awareness and work with local communities along the way. For Debnath, this is a life-long commitment – he plans to continue to be on the road in 2020, at which point he hopes he’ll have made it through 191 countries. Despite the importance he places on working at a community level, everyone from presidents, to ambassadors, to the leaders of worldwide charities.

“Evelyn Pearce is a freelance writer and mother of two. Born in Bloomington, Indiana, she first went to Paris to study French, failed, then went to England to do art history and photography. While love and kids got in the way of that, she retained an interest and has slowly begun to write on many subjects, but her favourite ones are always about art. Someday she hopes to take up photography again, well, beyond baby photos that is.”